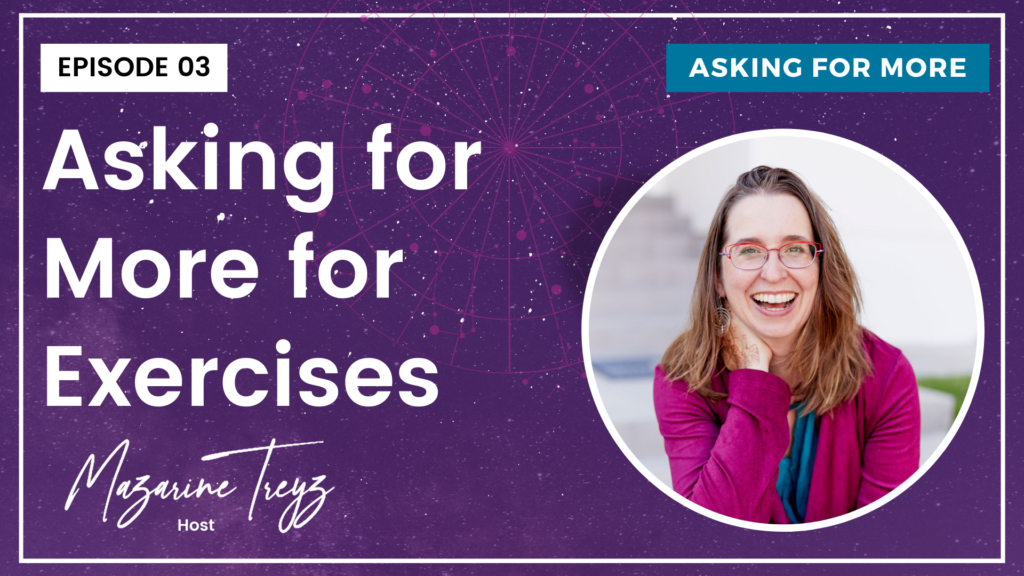 In this mini episode you’ll learn why you are not asking for more and how patriarchy (if you’re a woman!) plays a big role why. Plus exercises you can do to learn to ask for more.

Hey, everybody. Welcome to the Asking For More Podcast. This is Mazarine Treys. And today we’re gonna talk about asking for more and why you may not be doing that. So let’s just get right into it. Okay. today we’ll be talking about normalizing, why you’re not asking for more and then organizing and operationalizing how to ask more with scripts that I can share with you.

So number one, why are you not asking for more? Because patriarchy for if being a woman, for example, being born a woman is often being asked to work for free from the time that we’re children and this expectation is continued for our whole lives. So I don’t know about you, but when I was little, I was asked to take care of all the kids cooking clean. And when I got into working full time, I tended to devalue my work for that reason.

So when you ask for more people will tell you no, and often being bored, a woman is like being cold. No, no, no, no, no. Over and over again. So it makes you have a lot of fear about asking for more. So if you have a hard time receiving, if you have a hard time asking, just know that you’re not alone and that we have exercises that can help you learn how to reconnect with how asking for more can really transform your life and do it in a way that feels good to you. Not in a way that feels pushy or awkward or weird. It might feel that way at first, but generally you can start doing this.

So here’s the first step, we’re going to go through and exercise. It’s called complaint to desire. So the first thing I want you to do is write down all of your complaints, all of them. I think you probably have a lot. I know I do write them down for three minutes, go. So write down all your complaints. And then after that, I’ll see you back here.

Just pause this video and write down all your complaints.

All right, now that we’ve done that. I want you to take a second breathe and say, okay, written in my complaints. Now what Mazarine? I know I have problems. Yeah, you do. So the next one is what is the desire hidden in this complaint? Think about it. Every complaint has a desire hidden in it. So what is it? Is it that you want someone to pick up their socks off the floor? What is it really underneath that? Is it that you want them to just clean up more around the house what’s underneath that maybe you want them to respect the work that you do and do more of it themselves. That’s just an example. So take three minutes and do that.

All right. Now that we have done that let’s go into right sizing your desire. What does that mean? It means you need to look at what you wrote, the desire that’s coming. The complainant ask is this big enough? If not, how could I expand it? What does that mean? You can check market. If it truly satisfies your full desire, a hundred percent of it check in with yourself. Is this a hundred percent of your desire? Or do you want something more?

All right. I’ll give you two minutes to do that. And then we’ll come back. All right. Now we’re back. How do that feel? What do you think? What did you learn from that? When you do this exercise, you start to understand that every single time you have a complaint about someone in your life, whether it’s a relationship, whether it’s at work or whatever, whether it’s a social system, right? There’s a deep desire underneath that. So for example, I have a complaint that our government isn’t giving us universal, basic income, but my deep desire underneath that is that I want all of us to be taken care of and no one to be homeless. That is what I want.

All right. So how did that feel? What do you think? What was that like for you? I really wanna know because oftentimes when we let our inner bad girl come out, what can happen is we just go rampant. And we say, if I were a bad girl, I’d ask for a thousand dollars an hour. If I were a bad girl, I would completely overhaul the system that we have. And you do that in various ways, right? If I were a bad girl, I would, you know, tell people I go on dates with, to pay my and you know, whatever. Right. so there’s so many things we could ask for that we’re just not asking for. And if you were a bad girl, you could ask for all of them, right? So let’s just take one small piece of an ask. Let’s say you wanna ask for more money at work or ask for more money as a consultant. I want you to now go into this exercise.

Imagine your new rate, whether it’s a project rate or an hourly rate. And I want you to do three things, and this is about feeling it in your body. So imagine you’ve got it. You’ve got a, yes. You’ve said I wanna make $300 an hour. And someone else also just said yes to you. So feel how that feels in your body. How does that feel? Does it feel like breathing out? Does it feel like a joy? Does it feel like your heart’s being FA beating faster or your chest is full of energy or heat or expanding? Do you feel nervousness in the pit of your, do you feel all the things that you feel, whether in your body physically or emotionally, and then intellectually, I want you to ask yourself, what would this make possible for me off my student loans, I could pay off my house. I could pay my medical bills. I could say retirement, I could take a vacation. I could give this money to a friend who’s struggling. I could help my grandparents or whatever it is. So figure out what this would mean intellectually after you felt it in your body and after you felt it emotionally, what would this amount mean to you?

The same thing we just did with a bigger amount, for some people right now, they’re feeling really uncomfortable. They’re feeling like I could never check this much. They’re feeling, oh no, it’s too much, but I want you to just feel it in your body. Expand it and then hold it just for a little while. No, one’s telling you to ask for this right now. No. One’s telling you to jump outta that limb and fall off that cliff. All I’m asking you to do is feel in your body. What that would feel like to ask for this amount, whatever it is for you do that for three minutes. Feel it physically feel it emotionally, feel it intellectually and ask yourself what would this amount mean for me? And we’ll come back.

Okay. Now I’m gonna ask you to expand one more time, breathe deeply. Imagine that you expanded your desire just a little bit more. What would that look like for you? Imagine that you’ve bought it. That it’s a yes. And how do you feel in your body? What emotions come up intellectually? What does this make possible for you? And what would that amount mean to you? Just feel it for another two minutes and we’ll be right back. Okay. So now we’re back. What did you learn? How are you feeling and what did you get from that? I’d be really, really curious to hear.

I’m so excited for you to ask for more this year, and this is just the beginning of our journey. So feel free to come back to this anytime you want to and feel free to reach out to me on mazarinetreyz.com. There should be a link in the shownotes to book call with me, and let’s just see how we can help you ask for more this year, either in your business, in your job, in your relationship or whatever it is. I’m really looking forward to hearing what results you’re getting and where you want support.

Links in this podcast: 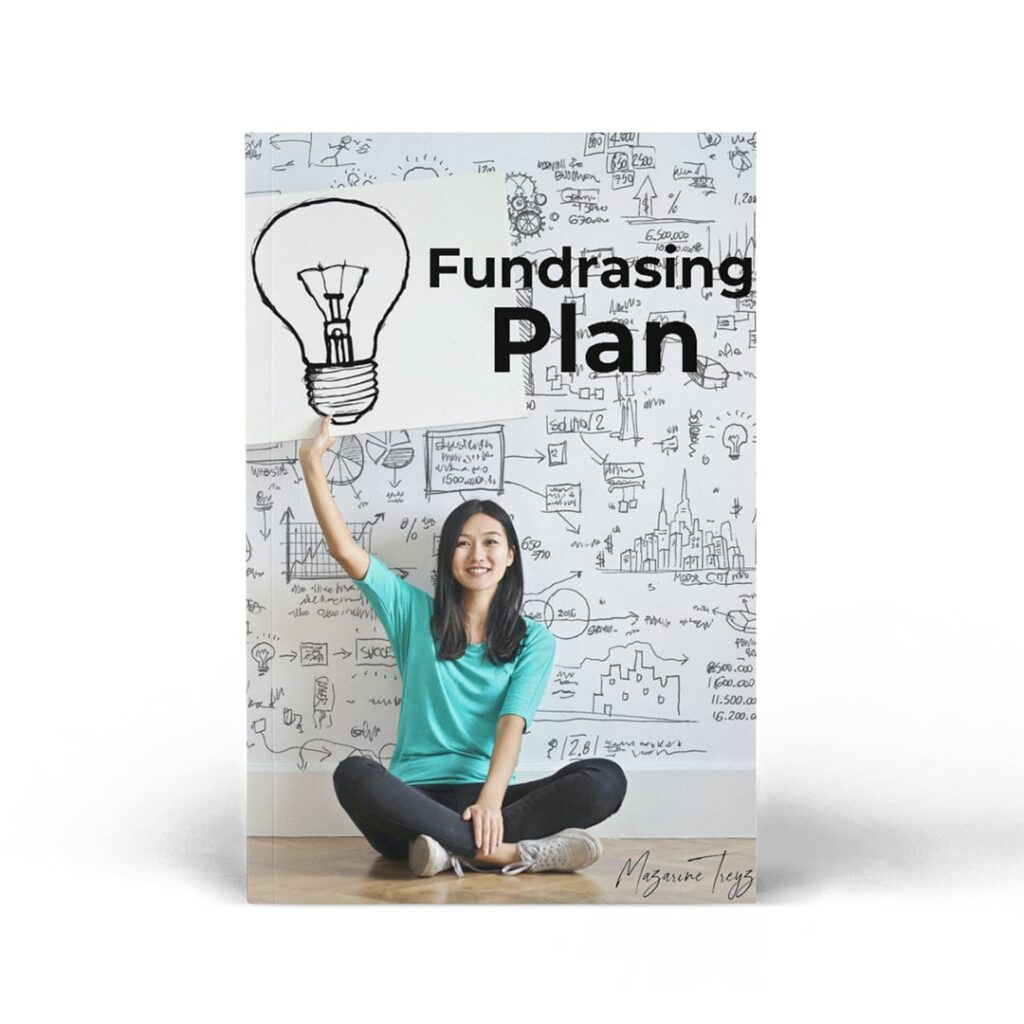 A fundraising plan can guide you into taking little bites out of the big tasks that are on your plate every day! 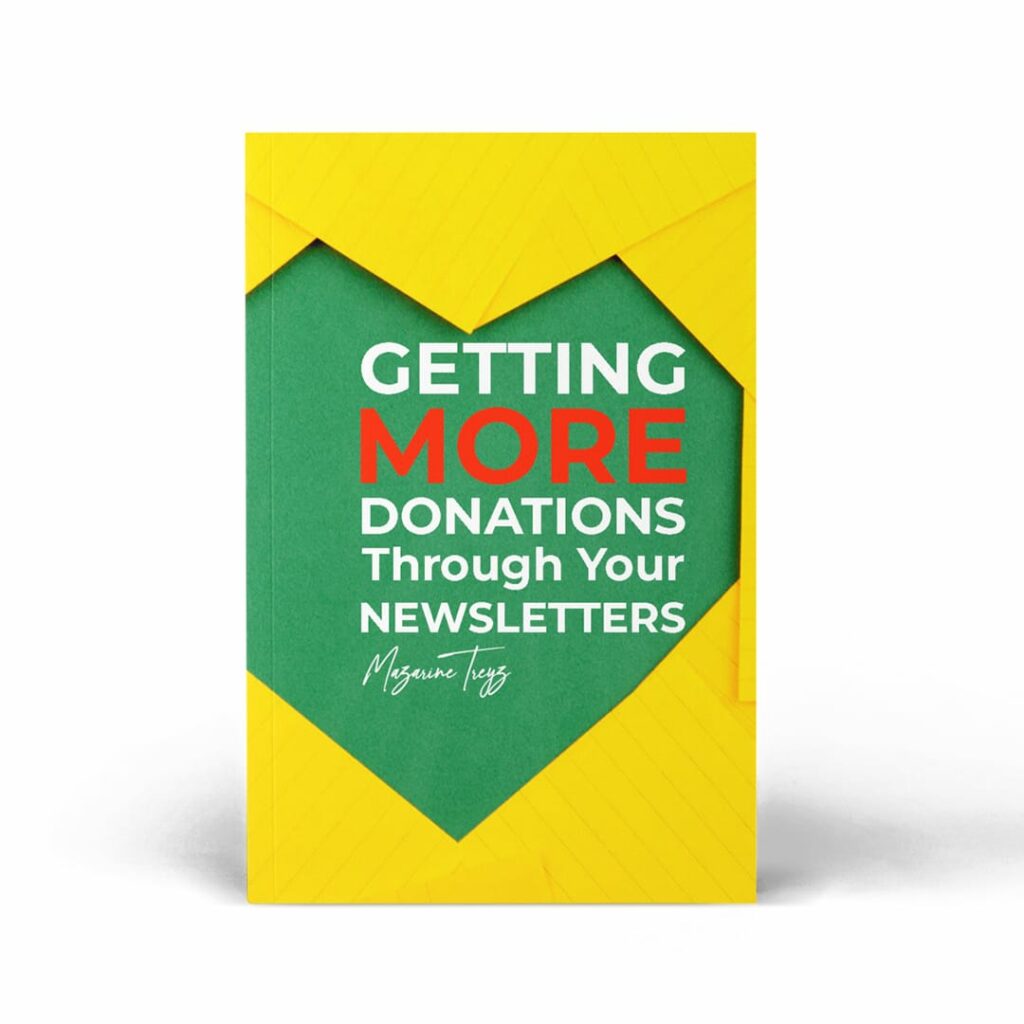 Getting Donations Through Your Nonprofit Newsletter E-Course

Join us for this 6 Week E-Course as we will address all of these frustrations and come up with solutions for you. 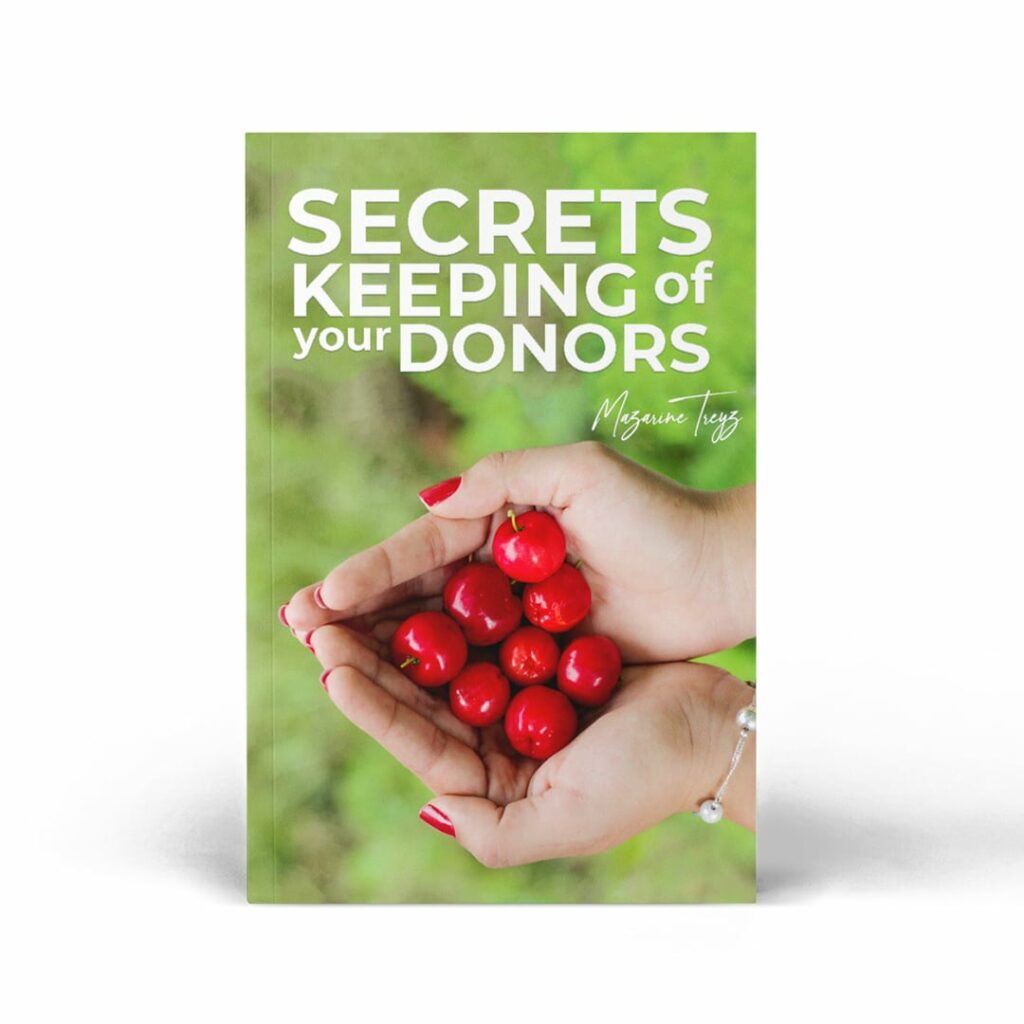 Secrets of Keeping Your Donors E-course

This course will help you keep your donors, and help you pay attention to your most loyal donors and move them up the ladder to becoming major donors.

In this episode Mazarine Treyz interviews Sean Goode about his choice to pay all of his employees a living wage of $70,000 per year in

Asking For More Podcast Episode 7: Why it’s hard for women to ask for more with Mallory Erickson

What we talked about in this episode: Why it’s hard for women to ask 07:00 What Mazarine has seen with her clients in the last